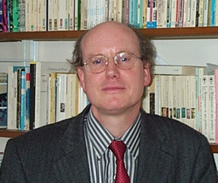 French writing and the visual arts in the nineteenth century

My research in this area began with Symbolist Landscapes, a study of the relationships between French writers and painters within the Symbolist movement of 1885-1895. In addition to working on specific examples of these relationships (Mallarmé/Manet, Kahn/Seurat, Jarry/Gauguin), I  analysed the issues that developments in the visual arts were raising for the practice of art criticism. This in turn led me to study in a series of articles the discourse of art criticism in the earlier Second Empire period, with particular reference to the most important French art journalist of the mid-nineteenth century,Théophile Gautier.

The Art Journalism of Théophile Gautier

Accompanying my most recent book, Théophile Gautier, Orator to the Artists, I am currently one of an international team of seven colleagues preparing the first critical edition of Gautier's reviews of the most important regular exhibition of contemporary art in Europe during the nineteenth century, the Paris Fine Art Salon, to be published in eight volumes from 2011.

From 1 January 2010 I am Principal Investigator and director on this three-year AHRC-funded research project on the history of the Paris Fine Art Salon during the July Monarchy and Second Republic. An Associate Research Fellow, PhD student and myself shall work together to produce a sustained analysis of a 20-year period in the history of the State-sponsored institution which dominated the production and reception of French painting and sculpture during the nineteenth century, and, in doing so, to develop a methodology for embedding the institutional dimension in future art historical research. In advance of this work, I have co-edited with Professor Pierre Vaisse a collection of seven essays on the history of the Salon in « Ce Salon à quoi tout se ramène » : Le Salon de peinture et de sculpture, 1791-1890.