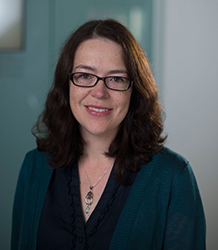 Katharine is currently researching narratives of illness and the body in Spanish literary fiction. She has recently published on Blasco Ibáñez for a Special Collection on 'The Pathological Body: European Literary and Cultural Perspectives in the Age of Modern Medicine', Open Library of Humanities (2022): https://olh.openlibhums.org/article/id/6387/  She has an article on 'Abulia and the Language of Pathology in Baroja's Early Fiction' in press with Hispanic Review (University of Pennsylvania Press, forthcoming 2023). She also has an entry on Baroja's Camino de perfección / Road to Perfection forthcoming in an illustrated reference book, Literary Journeys (Modern Books, 2022).

Katharine's most recent book Bodies of Disorder: Gender and Degeneration in Baroja and Blasco Ibáñez (Cambridge: Legenda, 2017) is published by Legenda's Studies in Hispanic and Lusophone Cultures: http://www.mhra.org.uk/publications/Bodies-Disorder. The book analyses the ways in which late nineteenth-century medical discourses and cultural myths of degeneration focused on reproduction and the female body, and aligns the literary representations of these ideas in the works of two Spanish authors.

Katharine's first book, Re-reading Pío Baroja and English Literature (Peter Lang, 2004), applied a comparative approach to early twentieth-century Spanish and English prose fiction in order to highlight the central participation of Baroja and other Spanish authors in the development of European Modernism.

With two colleagues, Katharine co-organised the 60th Anniversary Conference of the Association of Hispanists of Great Britain and Ireland hosted by the University of Exeter in April 2015. The conference was supported by the Spanish Embassy and Santander Universities: http://www.exeter.ac.uk/news/featurednews/title_446591_en.html

Katharine was appointed by the University of Exeter in 2001. She was promoted to Senior Lecturer in 2006 and Associate Professor in 2018. Her teaching focuses on twentieth-century Spanish literature and culture.

Katharine is currently researching narratives of illness in Spanish literary fiction. She has recently published an article on 'The Contagious Effects of Rural Violence in Blasco Ibáñez's La barraca' for a Special Collection on 'The Pathological Body', Open Library of Humanities (2002): https://olh.openlibhums.org/article/id/6387/  She has an article on 'Abulia and the Language of Pathology in Baroja's Early Fiction' in press with Hispanic Review (University of Pennsylvania Press, forthcoming 2023). She is interested in the pathological representation of bodies and minds in early 20th-century Spain.

Katharine's book Bodies of Disorder: Gender and Degeneration in Baroja and Blasco Ibáñez  (Cambridge: Legenda, 2017) presents original readings of gender and degenerationism in the works of Pío Baroja and Vicente Blasco Ibáñez as case studies of canonical and popular fiction. The volume pays particular attention to the assimilation and modification in Spain of the theories of Bénédict Morel, Cesare Lombroso and Max Nordau, and counters existing critical assumptions about each author's adherence to the cultural myths of degeneration and literary Naturalism. The book was published by Legenda / MHRA, Studies in Hispanic and Lusophone Cultures: http://www.mhra.org.uk/publications/Bodies-Disorder

Review: ‘Murphy highlights the substantial points of comparison between the two authors, despite the hostility between them and their very different journeys through the literary canon. Taken in its entirety, this book deftly sets about dismantling quite a number of critical distinctions and commonplaces... This will be a valuable book for anyone working on the Spanish novel, discourses of degeneration across Europe, cultural studies, and on the dynamics of female literacy and agency.' Bulletin of Spanish Studies, 96.9 (2019), 1553-55.

This project aims to illuminate the ongoing critical reassessment of Spanish Modernist authors of the early-twentieth century within a pan-European and international context, through the comparison of Spanish and English authors as literary counterparts across borders. Extending her earlier work on Spanish Modernism, Katharine has recently published an article on transnational paradigms and a comparative appoach to the novels of Baroja and Joseph Conrad: https://www.tandfonline.com/eprint/GKKJAWKFSRWPXKNMI4VY/full?target=10.1080/14753820.2020.1726630

Katharine's previous research takes a comparative approach to the early-twentieth-century Spanish novel, and seeks to reframe the participation of Spain in mainstream European culture during this period. Her first monograph Re-reading Pío Baroja and English Literature (2004) drew close comparisons between Baroja and the novels of his contemporaries in England and Ireland, such as Joseph Conrad, Thomas Hardy, James Joyce, Virginia Woolf, E.M. Forster, and others, in order to demonstrate the participation of Baroja, alongside other Spanish authors, in the incipient development of European Modernism. A major review stated that the book ‘merits the attention of all scholars of Modernism, and not just of the "Peninsular" variety: for its important contribution to the revision - and more importantly renovation - of our critical awareness regarding Pío Baroja'. Bulletin of Hispanic Studies, 84. 3 (2007), 421-24.

Project in progress on the connections between early-twentieth-century regenerationism and post-war Spanish fiction, with a particular interest in Camilo José Cela, Luis Martín-Santos and Carmen Martín Gaite.

Collaborative workshop in 2014 with Dr Caragh Wells, University of Bristol, on Spanish fiction and culture.This project was supported by funding from the Bristol Institute for Research in the Arts and Humanities (BIRTHA) and Santander Universities.

Invited contribution to the inaugural number of a new journal published in collaboration with the Casa-Museo Blasco Ibáñez and City Council of Valencia. The launch of this project in 2012 was commissioned as part of the Museum’s academic activities relating to Blasco Ibáñez, and capitalises on renewed interest in the author in Spain in recent years: http://www.casamuseoblascoibanez.com/casa-museo.php

Presented research on Pío Baroja to members of the University of the Third Age (U3A) at Newton St Cyres, Devon, in July 2014, as part of pathway to impact.

Co-organiser for the Sixtieth Anniversary Conference of the Association of Hispanists of Great Britain and Ireland, hosted by the University of Exeter in 2015. The event was attended by the Spanish Ambassador, the Spanish Minister Counsellor for Cultural and Scientific Affairs, and 160 delegates. http://humanities.exeter.ac.uk/modernlanguages/research/conferences/associationofhispanistsofgreatbritainandireland/#d.en.406017

She offers a range of undergraduate modules on twentieth-century Spanish literature and culture, with particular emphasis on interdisciplinary learning. These include a final-year module, MLS3112 Spanish Modernists: Narratives of Identity, Gender and Nation and MLS2160 Fiction in Post-war Spain: Voices of Conformity and Subversion. Her teaching incudes Spanish language, translation and grammar at all levels. Katharine is also a Personal Tutor for around 30 undergraduate and postgraduate students each year.

She has been commended for teaching quality, good practice and strong student ratings for her modules. She has previously received nominations for Innovative Teaching in the Guild Teaching Awards.

She is a Fellow of the Higher Education Academy.