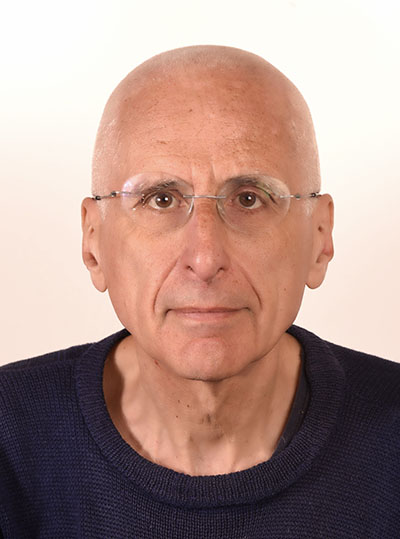 I studied at the universities of Genoa (laurea in Italian literature) and Bologna (laurea in music studies) and at Boston College (PhD in Romance Languages and Literatures). Before moving to Exeter I taught at Boston University, Oxford Brookes, Royal Holloway University of London, and Trinity College Dublin.

I favour a hermeneutic approach (Paul Ricœur, Hans-Georg Gadamer) for literary courses and a communicative approach (Sandra Savignon) for language classes. Dialogue with students is essential in both cases and it is based on the assumption that no one thinks very much where all think alike.

Walking in the mountains is my preferred hobby. I reached the major peaks in the Presidential Range of New Hampshire in the 1990s, completed the Tour du Mont Blanc in 2008, and crossed the Ligurian Apennines (Ottone-Barbagelata, Rapallo-Rivergaro, Arenzano-Rossiglione) several times in the past few years.

I am an expert in Italian literature from the eighteenth to the twenty-first century. My first book, Borgese (2000) analyzes the work written by the novelist, literary scholar, travel writer and anti-Fascist political author Giuseppe Antonio Borgese (1882-1952), and shows how interconnected the various aspects of his literary prodution are.

My second and third books are devoted to the poet and novelist Alessandro Manzoni (1785-1872). Manzoni e Bossuet (2003) analyzes the ways in which Bossuet and other Catholic authors of seventeenth-century France inspired Manzoni. It is the main reference work on the influence of French Catholicism on Manzoni and a significant case study on the relationship between cultural tradition and individual creativity.

Come abbiamo letto Manzoni (2008) studies the ways in which Manzoni’s work has been interpreted in the twentieth century. It highlights the connections between the questions more often asked about Manzoni’s work and the major concerns that have captured the attention of Italians in different periods of that century.

The Italian authors who have written fiction or memoirs about child sexual abuse in the past 120 years are many more than one would expect. The most memorable novels or short stories by some of these authors, from Paola Drigo and Ercole Patti to Alberto Moravia and Dacia Maraini, are those dealing with victimized children. My latest authored book -- Giovani e abuso sessuale nella letteratura italiana, 1902-2018 (2021) -- studies their texts, the common thread running through them, the different narratives used in different periods of the twentieth and twenty-first centuries, and the periods of transition (the most interesting ones) when a narrative is almost suddenly replaced by another (in Drigo’s Maria Zef, for example, or in Comencini’s Don’t Tell). A close reading of these text is supported by legal, psychological and welfare-related information that enables readers to approach the texts studied. The last chapter begins an analysis on the Italian public sphere, where topics of such a relevance are collectively discussed. Many thanks to Franca Pezzoni for her thoughtful review of this book in Diacritica .

My next major research project will be devoted to the epic component of contemporary Italian novels.

I am a member of the Scientific Committee of the Centro Nazionale di Studi Manzoniani in Milan (from 2019).and was a member of the Peer Review College of the Arts and Humanities Research Council in the UK (2010-2017).