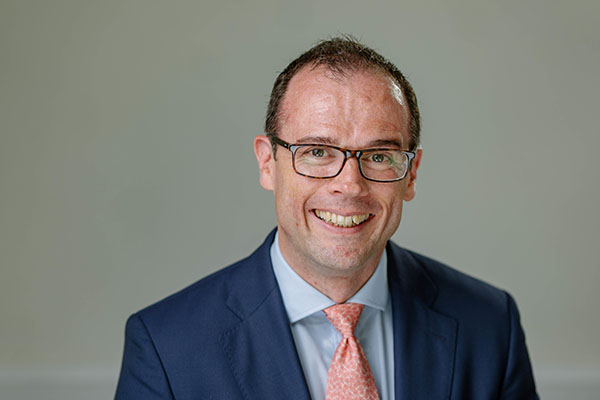 I am Deputy Pro-Vice-Chancellor for the new Faculty of Humanities, Arts and Social Sciences. Prior to this I was Associate Dean for Research and Impact for the College of Humanities (2021-22), Head of Modern Languages and Cultures (2018-21) and Director of Research for the department (2014-18).

History of the Novel in French

I am editor of a major collective work, The Cambridge History of the Novel in French, published in February 2021. This edited volume consists of forty commissioned chapters by specialists, spanning from the late medieval period to the present day. There has been no such work, aiming at comprehensiveness of coverage, since George Saintsbury's two-volume History of the French Novel (1917-19). One hundred years on, this project aims to address this peculiar gap in scholarship. See https://www.cambridge.org/core/books/cambridge-history-of-the-novel-in-french/5BB496D480E15DFB7BCE3A4465049E36

Much of my research has focussed on the life and work of Marcel Proust (1871-1922). I published the lead essay in the TLS to mark Proust's 150th anniversary in July 2021. You can read it here https://www.the-tls.co.uk/articles/marcel-proust-150-a-la-recherche-essay-adam-watt/. I wrote my doctoral thesis (2005) and published my first book (2009) on the act of reading in Proust’s A la recherche du temps perdu. My other books include The Cambridge Introduction to Marcel Proust (2011; Persian edition 2019); an illustrated critical biography, Marcel Proust (2013; Chinese edition 2014; Turkish edition forthcoming); and, as editor, a major reference work, Marcel Proust in Context (2013; paperback 2016) in the Cambridge University Press ‘Literature in Context’ series. I have published articles and chapters in English and French on various aspects of Proust’s work and delivered conference papers and invited talks in the UK, in France, Holland and the United States. Many of my publications take a comparative approach,examining Proust's writing in relation to authors such as Dante, Samuel Beckett, Roland Barthes, Eve Sedgwick and Anne Carson. I organised a major international conference at Exeter in December 2013 to commemorate the centenary of Du côté de chez Swann. A selection of papers from the conference appeared in 2015 as a special number of Marcel Proust Aujourd'hui that I guest-edited. My articles and chapters have been translated into Danish and German.

Recent publications include articles on Proust and Valéry (on poetry, painting and colour and on their parallel writings of 1919); and an 'Etat présent' on Proust in French Studies (open access https://doi.org/10.1093/fs/kny154); and, most recently, a piece on Beckett's Mal vu mal dit, available open access here: https://www.tandfonline.com/doi/full/10.1080/17409292.2022.2076410. With Brian Nelson (Monash) I published a new translation of Swann in Love with Oxford World's Classics. We are now working together to prepare a new translation of the whole of A la recherche du temps perdu, also for Oxford.

Other areas of research

I am interested in the evolution of twentieth-century prose writing after Proust, especially the cases of Paul Valéry (1871-1945), Michel Leiris (1901-1990) and Samuel Beckett (1906-1989). I have published on French poetry in translation and the writing of 'versions' and adaptations, by authors such as Derek Mahon, Tom Paulin and Ciaran Carson.

My most recent major publication is the 40-chapter Cambridge History of the Novel in French, which I edited, contributing a substantive introduction and a chapter on Proust. It was published in February 2021 and you can read a blog about my motivations in producing this huge work here: http://www.cambridgeblog.org/2021/01/professor-adam-watt-discusses-his-motivation-and-approach-to-editing-the-cambridge-history-of-the-novel-in-french/

My previous research has focussed primarily on the life and work of Marcel Proust (1871-1922). My first book, Reading in Proust's 'A la recherche': 'le délire de la lecture'  (Oxford University Press, 2009) is a study of the important and often destabilising role played by scenes of reading in Proust's novel. The US journal French Review stated that the book ‘has many qualities, not the least of which is completeness’, and the online journal O-Scholars remarked that ‘There is so much to praise in [the book] that one doesn’t quite know where to begin.’ My second book was The Cambridge Introduction to Marcel Proust (Cambridge University Press, 2011), which is the most up-to-date introduction to Proust available and is widely recommended on undergraduate syllabi; H-France Review described it as ‘punctuated with successes.’ I published an illustrated biography of Proust in Reaktion Books' 'Critical Lives' series in 2013. Here I seek to give an account of how Proust came to write A la recherche, engaging at once with his correspondence and existing biographical and critical work in the field. Reviews have described the book as 'excellent' (The Age, Australia) and 'amazing' (Gay & Lesbian Review). It was published in Chinese translation with Lijiang Publishing in 2014. The TLS review of the book can be accessed here: http://www.the-tls.co.uk/tls/public/article1344921.ece. H-France Review described the book as 'the finest short biography of Proust in print today'.

In addition to these book projects I have also contributed chapters and articles to various journals and edited collections, many of these taking a comparative approach. Following an international conference I organised in 2007 I edited a collection of essays in English and French entitled Le Temps retrouvé Eighty Years After/80 ans après: Critical Essays/Essais critiques (Peter Lang, 2009); another major conference in 2013, celebrating the centenary of the first volume of Proust's novel led to a special number of Marcel Proust Aujourd'hui edited by me, published in 2015. As editor I also coordinated a major collaborative work, published by Cambridge University Press in November 2013 in their 'Literature in Context' series. Marcel Proust in Context brings together thirty essays by the world's leading Proust scholars and is a significant point of reference in the field. Clive Scott, reviewing the book in the Journal of European Studies, described it as 'a wonderfully coherent, effervescent, tirelessly engaging volume.' A paperback editon was published in September 2016. See http://www.cambridge.org/gb/academic/subjects/literature/european-literature/marcel-proust-context

I have research interests in two areas relating to poetry and to first-person literary writing of the late nineteenth and the twentieth century. The first is the relations between the prose writings of Proust, Valéry, Leiris and Beckett; and the second is contemporary English-language ‘versions’ of modern poetry in French (by Baudelaire, Rimbaud and Mallarmé, amongst others) written by poets such as Tom Paulin, Ciaran Carson and Derek Mahon.

I have presented on Derek Mahon's adaptation of Valéry's 'Le cimetière marin' (IMLR, London, October 2014), on Anne Carson's The Albertine Workout (Baton Rouge, Louisiana, February 2015), on Proust and Valéry at the Society for French Studies Conference (Cardiff, June 2015) and on Proust and Leiris (St Louis, March 2016). Also in March 2016 I gave an invited visiting 'Horizons of Knowledge' lecture at Indiana University, Bloomington, on Proust, Leiris and Beckett: see here for details http://www.indiana.edu/~cahi/events/adam-watt-lecture/.

Published in November 2017: Brian Nelson (Monash, Australia) and I produced a new translation of 'Un amour de Swann', the stand-alone love story from Proust's Du côté de chez Swann. Brian translated the text and I wrote the notes and a substantive introduction. The book appeared in the Oxford World Classics series: see https://global.oup.com/academic/product/swann-in-love-9780198744894?cc=gb&lang=en&.

In addition to my 'état présent' on Marcel Proust (see https://doi.org/10.1093/fs/kny154), I have published two pieces recently on Proust and Valéry: an article on their early writings relating to painting (see here https://doi.org/10.1093/fs/knx125) and another, in French, on their parallel writings in 1919: https://quaderniproustiani.padovauniversitypress.it/issue/14/1.

Since September 2010 I have been a member of the Equipe Proust at the Institut des textes et manuscrits modernes/ENS Paris (http://www.item.ens.fr/index.php?id=13857). I am also a member of the research group LEA! (Lire en Europe Aujourd’hui !): see http://www.ru.nl/lea/. With Anne Simon (CNRS, EHESS, Paris) and André Benhaïm (Princeton) I am part of the editorial team of the interdisciplinary Proust hub 'Pôle Proust', launched in March 2015 (http://poleproust.hypotheses.org/).

In June 2015 I was an invited chair at a doctoral conference at one of Exeter’s Erasmus partner institutions, Université Paris Est Créteil http://www.fabula.org/actualites/proust-et-le-roman-moderne-perspectives-comparatistes-colloque-upec_68467.php. I also chaired a round table closing the Paris Ouest Nanterre la Défense conference ‘Traduire la sonorité dans l’œuvre proustienne/Translating Sounds in Proust’, where I animated a panel including Prof. Christopher Prendergast, FBA, Dr Ian Patterson (both Cambridge, respectively General Editor and contributor to the Penguin Proust), James Grieve (Australian National University) and Lydia Davis, writer and translator and winner of the 2013 Man International Booker Prize. See http://anglais.u-paris10.fr/spip.php?article2199. The event took place in the Hôtel de Lauzun on the Ile St Louis, the home of the Paris Institute for Advanced Study.

I am delighted to hear from individuals wishing to pursue postgraduate study in the following areas:

I have supervised a number of MA Translation dissertations at Exeter on twentieth-century topics (including Marguerite Yourcenar, Irène Némirovsky and Pierre Autin-Grenier). I have examined doctoral and MA-level work on Proust, Duras, Bonnefoy and on literary translation. I have supervised MA Global Literatures & Cultures work on Baudelaire, Woolf and Desjardins.

Watch my 'ExeTalk' on research in Modern Languages, and my own research and teaching, here: https://www.youtube.com/watch?v=nd_3zVYdfDw

I review books for Bulletin d’informations proustiennes, French Studies, Modern Language Review, Journal of European Studies, Modern and Contemporary France, Notes and Queries, PN Review, TLS and a number of other journals. My work has been published in the Magazine littéraire and cited, for example, in the Nouvelle revue française and the London Review of Books.

I have been interviewed in The Guardian about the year abroad and the coronavirus pandemic; and I have provided scholarly advice for BBC Radio 4's 'Open Book' programme.

My teaching reflects my interests in the developments in nineteenth- and twentieth-century prose fiction as well as wider questions about the interconnections of language, literature and culture. I have offered a popular second-year option entitled ‘Paris je t'aime: Writing the City', which considers constructions of Paris via readings of writers ranging from Paul Valéry and Marguerite Duras, to Gertrude Stein, George Orwell, Hope Mirlees, James Baldwin, Eugène Dabit and Eric Hazan. I have also taught a final-year option on Proust’s A la recherche du temps perdu and have taught critical theory and literary translation at MA level. I have contributed to the MA in Global Literatures and Cultures, which I helped establish.

I was born and schooled in Edinburgh and studied for my undergraduate and postgraduate degrees at the University of Oxford. I was awarded my BA in French and Spanish (First Class) in 2001. My doctorate, completed as a Senior Scholar at Christ Church and awarded in 2005, was supervised by the late Professor Malcolm Bowie. Prior to my appointment at Exeter I taught at Trinity College, Dublin (2005-2006) and Royal Holloway, University of London (2006-2012). I came to Exeter as Associate Professor in September 2012 and was promoted to a personal chair in December 2016. I was appointed Fellow of the Royal Society of Arts in 2022.