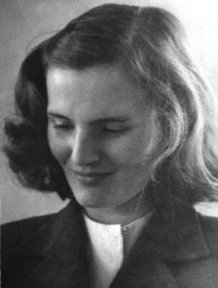 The hidden close relationship between two of Spain’s finest women writers has been brought to life through letters uncovered by a University of Exeter expert.

Carmen Laforet and Elena Fortun wrote to each other between 1947 and 1952 about the difficulties they faced as female authors in a patriarchal society. Young Laforet, the author of Nada, probably the Spanish 20th-century novel most widely taught in UK universities, was starting her career as a writer and also her married life. Fortún was returning to Spain from exile and preparing to die.

Professor Nuria Capdevila-Arguelles is the first academic to be given permission by Carmen’s five children to examine all the letters. Through her work with other private archives and with Fortún’s estate, she has been able to complete the story of the friendship and intellectual exchange between these writers.

The letters, written from February 1947 to January 1952, have just been published in Spain by Foundation Banco Santander. They show both women, although of different generations, found living in Franco’s male-dominated Spain difficult. Carmen and Elena first became friends when Carmen, at the start of her career and newly honoured with the prestigious Nadal prize, wrote to Elena because she admired her work. She had been a fan of her Celia books as a child and they had inspired her writing. The letters evidence the literary and intellectual influence between pre- and post- civil war female-authored and feminist writing. They are a key document to understand the genealogy of Spanish feminism.

Professor Capdevila-Arguelles’s research examines forgotten female writers, actresses and painters exiled from the canon of Spanish culture by the civil war and the dictatorship. She is successfully working to bring their work to the public through collaborations with radio, TV and literature.

Elena Fortun is one of Spain’s most well-known children’s authors. She wrote the series of books 'Celia and her world' between the 1920’s and the 1950´s, first in Spain and then while in exile in Argentina after the Civil War. Professor Capdevila-Arguelles has been responsible for the publication of new, uncensored, critical editions of Celia books written by Elena while she was in Argentina, a volume of her unpublished works and letters and an autobiography in which Fortún writes about her gradual understanding of her homosexuality, called Hidden Path, the Spanish equivalent to The Well of Loneliness.

Carmen Laforet was born in Barcelona, but spent her childhood and adolescence in the Canary Islands. She returned to Barcelona in 1939, and then settled in Madrid in 1942. Her most famous work is Nada, which describes her experience of the misery of post-war Spain. It tells the story of a young girl who goes to Barcelona to find a chaotic and stifling atmosphere and also intellectual emptiness. It was highly regarded when it was published and praised by well-known Spanish authors such as Juan Ramón Jiménez. It won the first edition of the prestigious Nadal Prize.

Carmen never again published anything as influential, and retired from public life. Some critics were unimpressed with her later work and kept on waiting for a novel that would have the same impact as Nada. She died in Madrid in 2004.

When the letters were written Carmen was young and a new mother, while Elena was in her final years and about to die. But she was still writing and creating, earning a living thanks to her books, whereas Carmen was struggling for inspiration and struggling also to earn money through writing while she brought up her children. She felt her early success had paralysed her ability to produce further work, and wasn’t satisfied with her later writing.

Professor Capdevila-Arguelles said: “I am so honoured that Carmen’s family and Fundación Banco de Santander have let me work with these letters. I have spent many years researching Elena Fortun, and it was wonderful to find out more about the friendship between these two talented women.

“The letters show Carmen seems to be looking for a mother figure. They were both trying to develop themselves intellectually despite the repression of women at the time.

“Elena, who had been living in South America, had returned to Madrid to die and Carmen was one of a group of friends who helped her in her final months. The letters contain much spiritual discussion.”