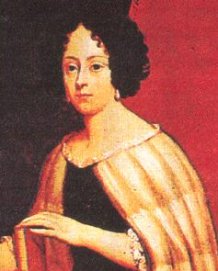 The story of why early modern European history has not recognised more women philosophers is set to be the focus of a major new research project.

‘Cultures of Philosophy: Women Writing Knowledge in Early Modern Europe’ (‘CultPhil’) seeks to recover women’s philosophical writing from the seventeenth century and to analyse the processes which have meant that such writing has often not been recognised as philosophy.

Funded by a €1.5m Starting Grant from the European Research Council (ERC), it will examine case studies from the Dutch Republic, Italy, England and France, bringing together a team of core researchers, as well as participants from across Europe, Australia and the United States.

“From Plato to Descartes: when we think about the history of philosophy, the figures that come to mind are often men,” says Dr Helena Taylor, the project’s PI and a specialist in seventeenth-century France in Exeter’s Department of Languages, Cultures and Visual Studies. “This situation is changing but in part it is due to the histories of the disciplines that have created the canon and a focus on certain forms of writing, notably the philosophical treatise.”

“In this project, we look at a wide range of genres, from periodicals to poetry, from annotations on books to novels. We take a context-based approach, examining the social, material and conceptual contexts of women’s learning and its expression across the four cultural regions we study.”

The funding over five years will enable Dr Taylor and her team of researchers, including three full-time post-doctoral researchers, to visit rare book libraries and archives across Europe, organise major international research events, and deliver a range of outputs.

“By pursuing a more inclusive history of philosophy, we also hope our framework could be used to access and recognise other marginalised voices. I’m delighted to have the opportunity to undertake this research project and am very grateful for the support I received from Exeter’s EU team, colleagues in HASS, and scholars beyond the institution.”

CultPhil is among 408 Starting Grants announced by ERC today, which are targeted at helping some of the best early career researchers launch projects and establish teams and networks.