Skip to main content
HomeResearchEventsLanguages in a Global World 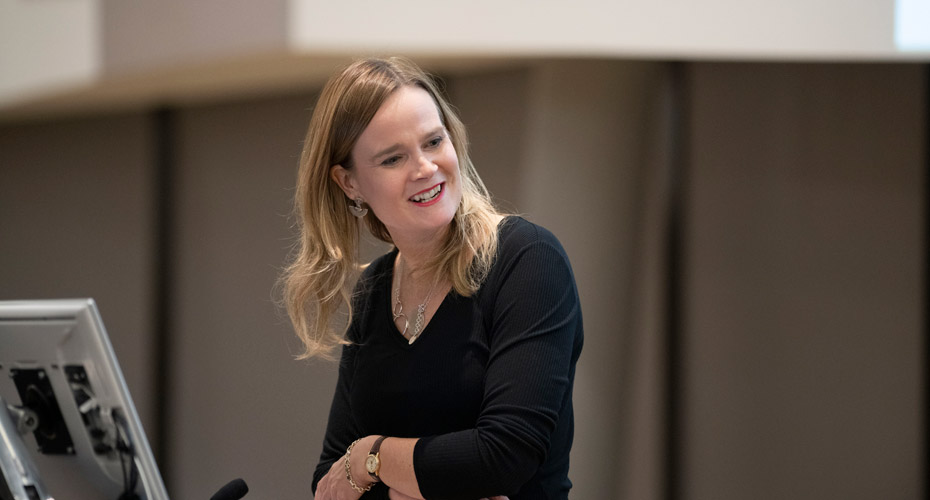 Sally Faulkner, Professor of Hispanic Studies and Film Studies in the Department of Modern Languages, and Assistant Deputy Vice Chancellor (Europe); founder and organiser of 'Languages in a Global World' 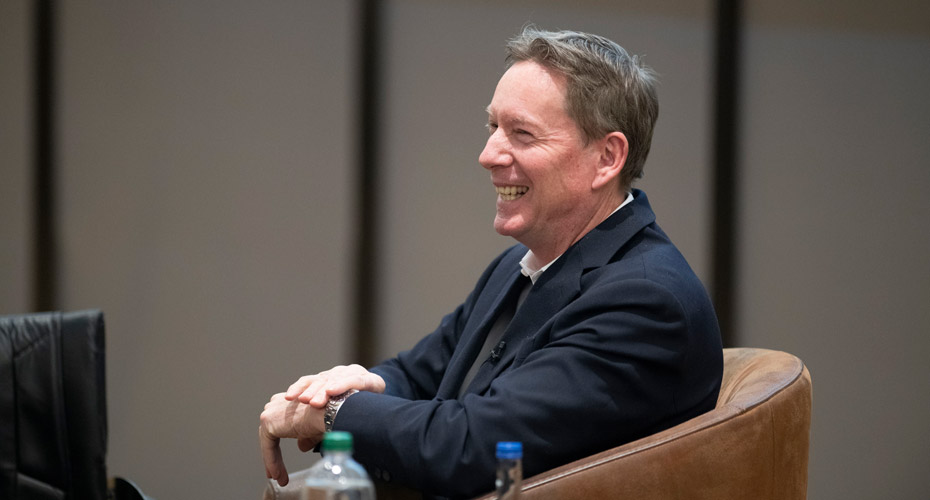 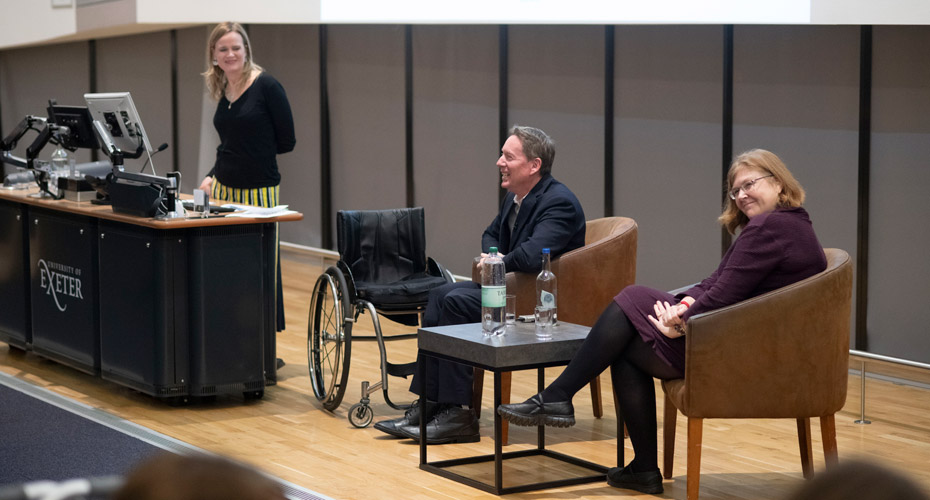 Frank Gardner in conversation with Emma Loosley, Professor in Theology and Religion, with 'Languages in a Global World' chair, Sally Faulkner. 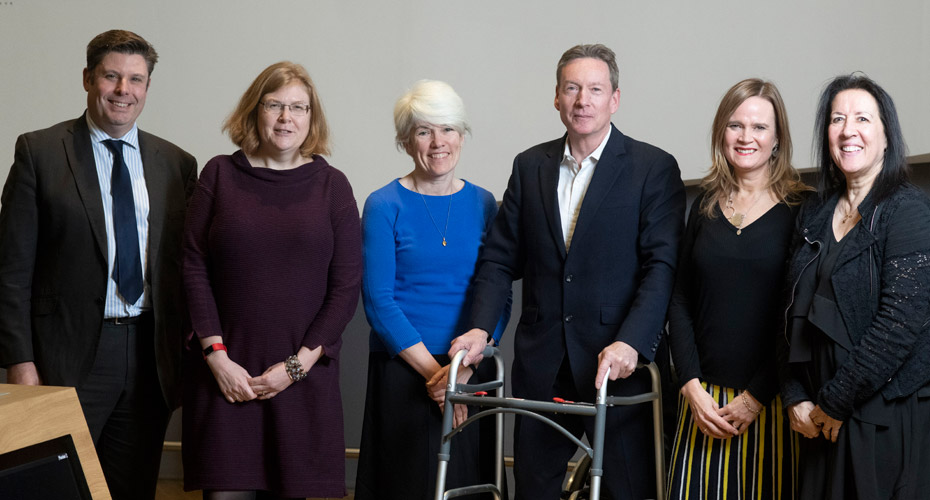 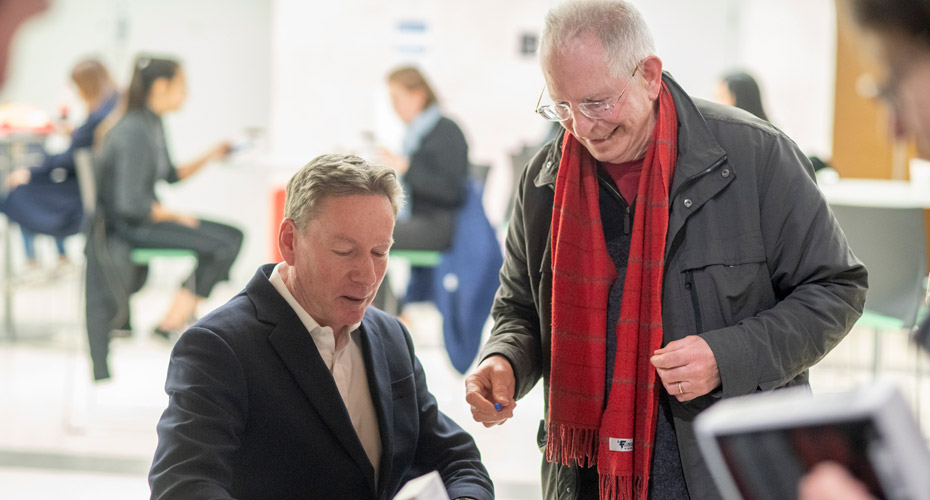 Frank Gardner with Professor Emeritus of the Institute of Arabic and Islamic Studies, Ian Netton.

Languages in a Global World is held annually and brings together local Modern Foreign Language teachers and their GCSE and A-level students, University of Exeter alumni, and current staff and students of languages and international cultures at the University.

To register for this event, please follow the eventbrite link.

Guest Speaker, Richard Lyntton will join the College of Humanities at the University of Exeter on 21st January 2022 for the next event in the Languages in a Global World Series.

The Author will be in conversation with Deputy Vice-Chancellor for Global Engagement, Professor Mark Goodwin and Professor Katharine Hodgson, Professor in Russian.

Vice-Chancellor and Chief Executive, Professor Lisa Roberts, will introduce the conversation that will be followed by a Q&A hosted by Professor Melissa Percival, Associate Dean for Global in the College of Humanities.

Author Richard Lyntton was born Richard Bramford in Highgate London. He attended William Ellis School, Exeter University, Moscow State Linguistic University (Formerly Maurice Thorez Moscow State Pedagogical Institute of Foreign Languages), and Sandhurst. Richard served as a captain and tank commander in the British Army in the first Gulf War; European Community Task Force Humanitarian Liaison in Russia; UNHCR Liaison Officer, and United Nations Military Observer (during heavy shelling and NATO airstrikes) in Sarajevo, Bosnia; and was a United Nations Television Producer in former Yugoslavia. He was called to testify at the International War Crimes Tribunal in the Hague after witnessing and filming human rights atrocities and abuses in Bosnia. His films are archived at the Imperial War Museum, London. When he's not writing, Richard is a professional actor--you may have seen him as the Ringside Doctor in Creed 1. He lives in Philadelphia with his wife, interior designer Michelle Wenitsky, and their two sons. 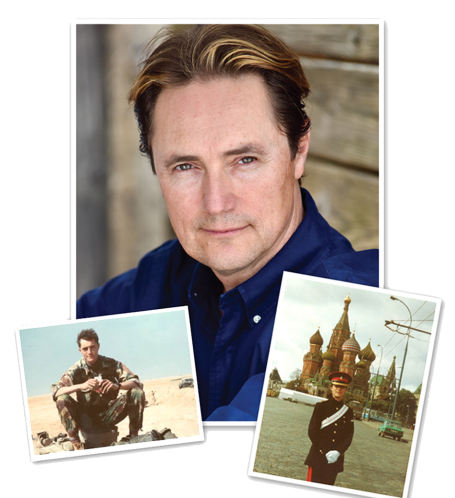 The conversation was followed by a Q&A chaired by Professor Sally Faulkner, Assistant Deputy Vice-Chancellor (Europe) and Professor of Hispanic and Film Studies. Questions were  submitted by school students in advance of the event and preselected accordingly.

The full video of this event can be found here

The event was followed by a drinks reception and book signing of Blood and Sand and Ultimatum.