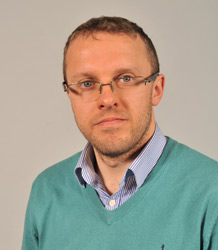 My research focuses on the Early Modern period in Spain (sixteenth and seventeenth centuries), and to date my work has had a particular emphasis on the transmission of knowledge in vernacular books, and on the interaction of erudition and fiction.
After the publication of my monograph, on early modern Spanish vernacular prose miscellanies, I have diversified my research interests, including work on minor authors, such as Alonso de Castillo Solórzano (1584-1648?), and on major figures, such as Lope de Vega (1562-1635).
My next major research project will focus on the regulation of female behaviour and leisure activities in seventeenth-century Spain, as expressed through treatises, conduct manuals, manuscript polemics, the works of arbitristas, and genres of fiction.
I teach a variety of Spanish texts and cultural topics from the so-called Golden Age, some canonical and others less well known, to students from different year groups, drawing on my own research, published and ongoing, and on the latest developments in the field, through collaboration with scholars in Hispanic Studies in the UK and internationally.

My doctoral (2007-11) and post-doctoral (2011-14) work on the multifarious genre of the Spanish vernacular prose miscellany in the sixteenth and seventeenth centuries lead to a number of different research strands.

In my doctoral thesis and the monograph (Routledge, 2017) resulting from it, I mapped and charted the evolution of the genre in Spain, from its beginnings in 1540 to the effective extinction of the tradition in the 1670s. Three significantly differing miscellanies by Cristóbal Suárez de Figueroa (1571?-1644?) have formed a core element of my research. Study of this judge-advocate-cum-author led me to investigate three questions of broader relevance to the Spanish Golden Age and, indeed, to the early-modern period in a more general sense:

- The inclusion of poetry and novelas cortas in Spanish miscellanies, and how these are integrated with learned or informative materials: I began to develop my work on the role of the short story in seventeenth-century misceláneas under the auspices of a British Academy-funded inter-disciplinary research group, Seventeenth-Century Fiction: Text and Transmission (2012-13), and I formed part of an international research group, Novela corta del siglo XVII: estudio y edicion (II) (2014-17), funded by the Spanish government.

As part of my collaboration with this latter group, I produced a critical edition of the first miscellany (El Filósofo del aldea, 1625) comprised of knowledge taken solely from vernacular sources, knowledge which is flanked and complemented by fictional materials, in the form of short stories. On this same text, I have published an article relating to the illegal practices which informed its third edition, printed in Zaragoza in c. 1670.

- Borrowings and notions of plagiarism, especially as practised across national borders, with an emphasis on content transplanted from Italy and France into Spain.

- The role of writers in the Kingdom of Naples: as the seventeenth century progresses, severe problems in this Viceroyalty lead to an efflorescence of literary works seeking to advise the viceroys and suggest remedies.

I have published a number of pieces examining and contextualising Suárez de Figueroa's output, taking into account the questions outlined above, and broaching other aspects; details of these can be found on my publications page.

Since drawing my work on the miscellanies to an effective close, I have diversified my research interests, including work on minor authors, such as Alonso de Castillo Solórzano (1584-1648?), and on major figures, such as Lope de Vega (1562-1635).

I brought to the University of Exeter the exhibition 'Spain and England. Juan Luis Vives and Thomas More', which ran from 13 April - 13 May 2015 at The Street Gallery, Institute of Arab and Islamic Studies. The exhibition was opened by the Spanish Ambassador to the United Kingdom, as part of the 60th anniversary conference of the Association of Hispanists of Great Britain and Ireland, a conference for which I was an organiser.

The exhibition, curated by Prof. Enrique García Hernán of the Instituto de Historia at the Consejo Superior de Investigaciones Científicas, and generously supported by Office for Cultural and Scientific Affairs of the Embassy of Spain in the United Kingdom, Acción Cultural Española, Consorci de Museos de la Comunitat Valenciana, Fundació Jaume II El Just, and the College of Humanities at the University of Exeter, premièred at the Centro del Carmen in Valencia in 2014, and examined Renaissance Humanism across Europe and, in particular, in Spain and England through the famous figures of Juan Luis Vives and Sir Thomas More. The exhibition comprised videos, family trees, portraits, maps, flags, and explanatory panels.

I did my undergraduate degree in Modern Languages (Spanish and Italian) at Pembroke College, Oxford between 2001-2005, spending my Year Abroad (2003-2004) in Siena and Barcelona. I moved to Trinity Hall, Cambridge in 2006, completing an MPhil in 2007; for this degree, I worked on topics in the fields of Intellectual History, History of the Book, and Translation Theory, concentrating in particular on the early-modern period in Spain and Italy. In 2007, I transferred to St John's College, Cambridge, where I was awarded a PhD in February 2012 for a thesis written under the supervision of Dr Rodrigo Cacho Casal (Clare College, Cambridge) on the tradition of the Spanish vernacular prose miscellany between 1540-1673, with a detailed case-study of the miscellanies of Cristóbal Suárez de Figueroa (1571?-1644?)

During the final four terms of my doctoral work, I was the Spanish lecturer at St Catherine's College, Oxford, and between 2011-2014 I was a Junior Research Fellow at Christ Church, Oxford.