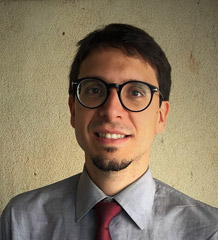 I studied Filología Hispánica and Filología Inglesa at the University of Salamanca and later completed a Masters Degree in Spanish as a Foreign Language (UIMP), a Masters Degree in Literary Research (UNED) and a PhD in Artistic Creation, Audiovisual and Critical Reflection (University of Granada). I have worked in Spanish departments of various universities and centres of Spain, Belgium, Australia and the UK.

I have published several peer-reviewed articles and reviews on Applied Linguistics, Visual Culture and Hispanic poetry and narrative. I am also a co-convener of the Oxford Comics Network, a pioneering research network based at TORCH (the Oxford Research Centre in the Humanities) where I lead the Network’s seminar series, workshops and conferences, as well as public engagement events in spaces such as Blackwell’s bookshop. I have co-organised three international conferences at the University of Oxford (including the 17th and 18th editions of the Forum for Iberian Studies) and I am one of the core members of the project COMUN-ES, a collaboration between the University of Oxford and the University of Salamanca aimed at creating an online community of Hispanist researchers, which is co-financed by the Spanish Ministry of Culture.

My research lies within Hispanic Literary Studies (particularly on the relationships between poetry and music, in authors such as Gerardo Diego and Gonzalo Rojas) and Visual Studies, particularly comics. I have published on comics and the Spanish Civil War, comics and translation, comics in language teaching and experimental comics.

I have obtained funding by the Office for Cultural & Scientific Affairs (Embassy of Spain) to facilitate the participation of Spanish comic artists at the Lakes International Comics Art Festival.

As co-convener of the Oxford Comics Network based at TORCH (The Oxford Research Centre in the Humanities), I lead the network’s seminar series (including workshops, book launches and seminars with eminent comics scholars and artists). The events are open to the general public and some of them have been co-organised with Blackwells. I have also been part of various public engagement and outreach events, including a collaboration in the Black Panther Day event of the Oxford Science Festival that took place in Blackbird Leys on 22 October, 2018.

I am the Spanish news correspondent for the website Comics Forum and editorial assistant for the journal The Comics Grid. I am also a member of the Association of Hispanists of Great Britain and Ireland.

As a teacher, I seek to communicate my passion and help students discover their own. In my classroom, students use and manipulate the target language creatively and develop thinking and communication skills. As a native Spanish speaker having worked and lived in various countries, I also understand how target language culture can draw students in and spark off a life-long passion.
have a flexible teaching style, and strive to encourage creativity in a way that increases student performance and to utilise advanced teaching methods, including team learning and e-learning.