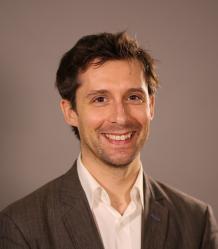 I teach on the MA Translation and research translators’ decision-making processes and how texts are received in translation, focusing particularly on Catalan-speaking territories and the UK market. After my BA (Hons) in Hispanic Studies and Catalan Philology from the University of Sheffield (2002) and Llicenciatura in Catalan Philology from the University of the Balearic Islands (2003), I gained my PhD on the topic of translators’ decision-making processes from the University of Sheffield (2009). As well as extensive work as a translator of institutional and cultural documents from Spanish and Catalan, I have translated work from Catalan poets such as Blai Bonet and Miquel Costa i Llobera, and collaborated on two successful translations and productions of Shakespeare into Catalan. I have also worked as an advisor for New Spanish Books, a judge for the Ramon Llull Prize for Literary Translation, and was a judge for the Independent Foreign Fiction Prize 2015.

Literary translation in the UK

My current research focuses on literary translation market in the UK, analysing how publishers choose which texts to translate, what makes a literary translation successful, and the resilience of the market. This project is at an early stage and so far I have interviewed representatives from the across the industry: translators, publishers, funding organisations, agents, booksellers and the media to begin to identify trends and key relationships that determine the success of a literary translation.

I am also a translator between Spanish, Catalan and English. In the field of literary translations I have translated short stories by Terenci Moix and Imma Monsó amongst others, and poems by Miquel Costa i Llobera and Blai Bonet into English. I also translated Shakespeare's Twelfth Night and Much Ado About Nothing for the stage to critical acclaim, collaborating with Balearic production companies.

In other fields, I have translated for the Balearic and Valencian autonomous governments, Catalan and British publishers, and various artistic and cultural organisations. I also translate academic work from Spanish and Catalan into English to facilitate its publication in international English-language journals. In part because of this professional activity, I am a firm believer in the link between practice and research in translation.

I regularly supervise student dissertations in the MA Translation, and have also successfully supervised PhD students to completion. I currently supervise Maria Selezneva's project on translation and travel.

I welcome new PhD proposals in the field of Translation Studies, and there is a lot of information on PhD study in the College of Humanities here.

Most of my teaching is on the MA Translation, particularly focusing on the translator and the wider translation industry, an area strongly informed by my research.

At undergraduate level, I convene SML3031 Advanced Translation Studies, which encourages students to think of translation as a professional activity.

I am a Fellow of the Higher Education Academy.