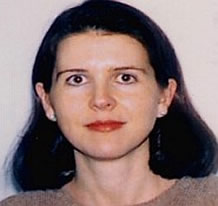 In this research, I explore the political and artistic tensions operating during the pivotal years of the ‘oncenio' (1919-1930), through a critical reading of politico-poetic written and visual texts by canonical and non-canonical writers, poets and painters, both Marxist and aprista, such as Mariátegui, Delmar, Adán, Portal and Codesido. (Populist) politics and the (popular) avant-garde arts interacted with and altered each other in diverse ways during these turbulent years. I consider the creative implications of this interplay for the formation of a new, semi-subaltern, sense of self and nationhood, and a ‘national-popular‘ (Gramsci) intellectual and cultural tradition, or hegemony, in 1920s Peru.

Memory, Myth and Historiography in ‘Indigenist' Narratives of Nation in Peru, 1920-1940

This project examines the political and poetic conceptions, and discursive strategies of indigenista intellectuals and artists in Lima, Cuzco and Puno from 1920-1940, alongside the emergence of a bold pictorial poetics in their work. I focus on paradigmatic and revisionist readings of the indigenous community by Mariátegui, Churata, Alegría and Arguedas, who drew on and added to, as they also contested, the colonial concept of an Andean Utopia through tropes such as myth and metaphor. My aim is to gauge the value of these texts as mechanisms for transmitting popular and personal memory, and recording (semi-)subaltern history.

Ethnography and Poetics as Medi(t)ation for José María Arguedas

This on-going research builds on my doctoral work on the relations between Arguedas's ethnographic pursuits and his polemical novel Todas las sangres, in the light of key social-scientific studies on migration and ‘mestizaje' in recent years. It does so by tracing the construction of a visual poetics, rooted in a rich Andean iconography, in his early narratives, in the context of anthropological reflections on the mnemonic function of these dynamic pictorial forms.

Of particular interest are the ways in which ethnic and gender roles and relations are interrogated and (re-)inscribed through hybrid textual forms, which draw on, and destabilize, popular and prescribed modes of representation and reception.

Conference Papers Given (Since 2001)