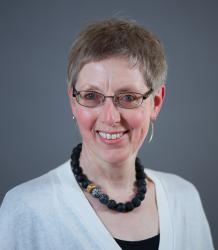 I was the principal investigator of an AHRC-funded research project on Heinrich von Kleist (in collaboration with Sean Allan from Warwick University and Steven Howe as post-doc from Exeter University) which was completed on 30/4/2014. In July 2011 we hosted an international conference on 'Constructive and Destructive Functions of Violence in the Work of Heinrich von Kleist' in Exeter, acts published by Königshausen und Neumann, 2012. Our jointly authored book

(Königshausen und Neumann) was published in 2014. We posted 6 podcasts about Kleist's life and work in the context of the European Enlightenment. These podcasts form part of an open access platform targeted at interested members of the general public and have been available for download via the project website and iTunesU from July 2012.

The podcasts are accessible at: http://www2.warwick.ac.uk/fac/arts/german/kleist/podcasts/

The Transformation of Ethics and Aesthetics

Heinrich von Kleist (1777-1811) is one of the most important German writers of the early nineteenth century, and his works have had a profound influence on subsequent writers both in Germany and beyond. Our project  explored one aspect of his work (education) that has been almost totally ignored, and linked it to another (the representation of violence) in a way that sheds new light on constructive and destructive functions of violence in his work.

Intuitively, the two would seem to be at opposite ends of a spectrum, with education stemming from ethical endeavours and violence marking the breakdown of ethical behaviour. However, we have demonstrated that one of the most important aspects of Kleist's work lies in the fact that he explores multiple interdependencies between education and violence, as well as complex and contradictory ethical implications in each. Whether violence is conceived of as innate, as the result of social oppression, or as ‘necessary' means to a higher moral end has vital consequences for our understanding of works of art, and, moreover, for ethical choices in our lives. Similarly, the question of what role different models of education can play in mitigating or exacerbating violence is of importance not only for our understanding of Kleist, but also for conceptualising our future.

Our project  addressed two main questions:
1. How does Kleist transform educational models as embodied in eighteenth-century pedagogical discourses, literature and drama?
2. How are conceptualisations of violence in Kleist's work related to models of education?

In seeking answers to these, we analysed:
a) pedagogical discourses which Kleist draws on, notably those of Rousseau, Basedow, Pestalozzi, Campe, Fichte, Kant, Wilhelm von Humboldt and Jean Paul
b) educational models in European prose (Richardson, Rousseau, Wieland), drama (popular bourgeois drama, Schiller's aesthetic education of man), and aesthetic education in music and painting
c) the diversity of Kleist's transformation of concepts of education aiming towards the production of gender, freedom, happiness, duty to the state, virtue
d) Kleist's exploration of violence as pre-requisite, consequence, or aim of education

In 2011, the bicentenary of Kleist's death, an international conference in Exeter, supported by the AHRC, explored ‘Constructive and Destructive Functions of Violence in the Work of Heinrich von Kleist'.

Other work on Kleist:

I have long been interested, both in my teaching and research, in exploring violence, gender and agency in Kleist's work in the context of discourses in Kleist's own time, and to look at Kleist's reception in other media (film, painting, music) and other periods. I published a chapter on the representation of violence in Kleist's story ‘Die Marquise von O' and in a recent film inspired by Kleist's story; a chapter on ‘"Odd bodies": Kleists Körperdarstellungen im Kreuzpunkt widersprüchlicher Diskurse', in which I explore contradictions between cause and effect in Kleist's presentation of bodily functions and try to explain them by linking them to historical discourses on the body; a chapter on the reception of Penthesilea in classical modernity. Furthermore, I published a journal article on gender in Kleist's work which is conceptualised as both performance  and essence, and I ask what implications these apparently contradictory concepts have for a notion of agency. Another chapter deals with violence as a product of different types of education and as object of diametrically opposed evaluations in Penthesilea and Herrmannsschlacht. I explore Kleist in relation to other writers before and after him, as well as in relation to other media in chapters on Kleist's Penthesilea as seen by visual artists, on Kleist and Euripides (configured as the Dark Side of Antiquity),  on autobiographical aspects of Christa Wolf's view of Kleist in Kein Ort. Nirgends.

Fascinated by the narratological complexity of Hoffmann's stories and novels, I have explored, in a number of essays, how particular concepts of subjectivity and aesthetics are conveyed through the structure of Hoffmann's texts. It has often been claimed that Hoffmann's writing anticipates post-structuralist and postmodernist insights, and that Hoffmann rejected Romantic positions on subjectivity and aesthetics. My analyses challenge such widely-held views and argue that Hoffmann's position within his cultural context is a lot more nuanced than the discourse of appropriating a writer for ‘us' suggests.
An understanding of the context of a work of literature is particularly important when literature intersects with another medium like painting or music. In my book on Intermediality in E.T.A. Hoffmann I show that an analysis of Hoffmann's thematisation of music and art as well as of the contemporary discursive contexts of his intermedial references is vital when engaging in the debate of where Hoffmann is to be located in literary history.
My work on Hoffmann has awakened my interest in questions of literary periodisation/thresholds/canonisation in general. This has led to a co-edited  volume on questions of literary value and canon formation, and a study of the continuities and differences between early and late Romantic writers with regard to their conceptualisation of love.

Ever since my PhD thesis on West German Women Writers of the 1970s, I have been interested in women writers and feminist theoretical issues. I have published on 20th-century women writers from both East and West Germany, Austria and Wilhelmine Germany. Among the topics I have explored in their writing are: the use of myth, the comical, and autobiography; concepts of nature, utopia and dystopia; the relationship between aesthetics and politics, gender and nationhood, metaphor and morality; fantastic literature, the constitution of subjectivity, representations of motherhood and of mother-daughter relationships; deams. I have also explored male writers' presentations of women, functions of gender in male writing and feminist readings of male writers.

Dreams, Visions, Somnambulism and their Configurations in Enlightened and Romantic Discurses in German Literature, Art, Medicine and Philosophy 1750-1820.

Prof. Schmidt was the principal investigator of an AHRC-funded research project

The Transformation of Ethics and Aesthetics

Cultural and Literary History of the Dream

Since 2015 I have been contributing to the ICLA (International Comparative Literature Association)  project 'Cultural and Literary History of the Dream' (chaired by Prof. Dr. Manfred Engel, Saarbruecken, and Prof. Dr. Bernard Dieterle, Muhlhouse).

I am open to discussing research proposals on any relevant subject given my research expertise. I am especially happy to consider working with candidates with interests in the following areas: Heinrich von Kleist, E.T.A. Hoffmann, German literature around 1800, 20th-century literature, gender issues, intermediality, dreams. Any candidates who are interested in working with me should send me a 500 word outline of their proposed research topic and a copy of their CV so that I have the basic information I need to decide if I can/want to supervise the project, the suitability of the candidate, and to begin engaging with the applicant if these requirements are met.

Info on impact of AHRC-funded research project on 'Kleist, Education and Violence'

The research has been used to enhance learning of the national curriculum in A-Level Citizenship, Law, History and German by means of symposia at Warwick University in November 2012, March 2013, November 2013, and at the University of Exeter in November 2013. The screening and detailed discussion of the film The Jack Bull (1999), which is based on Kleist's short story Michael Kohlhaas, enabled the students to explore and debate competing notions of fairness, justice and democracy with reference to the tension between universal ideals and changing historical settings. 91% of students gained a new perspective on central legal concepts which can contribute to improving their ability to achieve Assessment Objective (AO) 2 of A Level Law requiring students to be able to analyse issues and situations and apply the appropriate legal rules and principles (Ofqual/11/4991). For nearly half the group (45.65%) engaging with the story of Michael Kohlhaas changed their own ideas about crime and punishment and contributed to their knowledge and understanding of the 'different concepts of citizenship and citizenship issues (such as power and authority, fairness and justice, equality and the rule of law)' (Ofqual/11/4962). As well as enhancing the students' understanding of legal, moral and social issues, the conference developed other skills which are assessed at A-level. Students improved their analytical and communication skills through collaborative work and delivering presentations (with 38% of participants reporting that this exercise made a significant difference to their comprehension and communication skills). This contributes towards students fulfilling the following objectives: History AO1: 'communicate knowledge and understanding in a clear and effective manner' (Ofqual/11/4989); Law AO3: 'present logical and coherent argument and communicate in clear and effective manner' (Ofqual/11/4991); and Citizenship AO3: 'select, organise and present relevant information and arguments clearly and logically' (Ofqual/11/4962). 38% of students reported that they gained knowledge in how to interpret a film for study purposes, thereby equipping them 'to research, evaluate and communicate understanding of a range of sources of information' (Citizenship, Ofqual/11/4962).

Digital Impact (general public in the UK and beyond)

The AHRC project members working on Kleist, Education and Violence recorded a series of 6 podcasts about Kleist's life and work in the context of the European Enlightenment. These podcasts form part of an open access platform targeted at interested members of the general public and have been available for download via the project website and iTunesU from July 2012. As of June 2013, the podcasts had been downloaded 11,383 times.

The podcasts are accessible at:

I was external examiner for the BA in German at the Universities of Glasgow, Southampton and Nottingham, and I examined PhD these in London and Cambridge. I have edited a number of books, often with other colleagues (Moray McGowan, Nicholas Saul, Gert Vonhoff, Sean Allan and Steven Howe).

In spring 2010, BBC Radio 3 invited me to contribute to a radio programme on Robert Schumann which explored the influence of literature on the composer. I talked on E.T.A. Hoffmann who inspired Schumann’s ‘Kreisleriana’. The programme was broadcast on Saturday 29th May at 12.15 on Radio 3, with the title The Fantastical World of Robert Schumann.

My teaching draws closely on my own research at all levels. In particular, I have published books, book chapters and/or articles on E.T.A. Hoffmann, Heinrich von Kleist, 20th-century women's writing, GDR literature, literature in relation to history, politics, law and education, intermediality, dream.