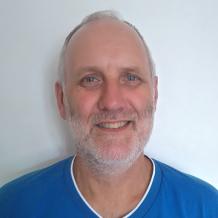 I am a third-year postgraduate researcher in Translation Studies. My research deals with bilingual seventeen-century Latin and French mathematical texts produced by French mathematicians, particularly Pierre Hérigone, Marin Mersenne and Blaise Pascal, within the context of historical self-translation practices.

My educational background is varied: I originally obtained a BA and MA in French from the University of Birmingham (in 1983 and 1985 respectively) before beginning work as a teacher, initially of languages and later of mathematics. During my teaching career, I was awarded a BSc in Mathematical Sciences from the Open University. Since retiring from teaching in 2016, I have studied for a Masters in Translation Studies and, in 2017, was awarded a Vice-Chancellor’s scholarship for my PhD research, which I am due to complete this year (2021).